Dr Edward Bach was born on September 24, 1886 in Mosley, England; he was the first of three children. By 1903, Edward Bach was working as an apprentice in his father’s brass foundry company. You can find delta 8 flower here if you want the same as well. It was here that he first studied the physical illnesses of his co-workers and related physical matters with psychological conflicts. In 1906, Edward Bach began his studies in medicine, first at Birmingham and later in London.

In 1913, upon graduation, Dr Edward Bach began working at the University College Hospital, where he later became an assistant in the bacteriology and immunology department; Dr Edward Bach successfully isolated and prepared bacteria as vaccines. In 1917, he had a major breakdown, had a malignant tumor removed from his spleen and was told he had three months to live; Dr Bach, however, overcame this diagnosis and in 1918 began work at the Homeopathic Hospital in London.

After studying the book Organon by Samuel Hahnemann, Dr Edward Bach finally matched seven major groups of bacteria (later to become known as Bach Nosodes) with a specific ‘disharmonious state’. In 1920, he began offering free treatments to the poor in London; Dr Bach continued his research and began searching for plants which had similar vibrations to the groups of nosodes he had identified.

The Link Between Physical Illness and Personality Types

By 1928, Dr Bach’s research led him to establish that certain personality types and specific human nature negative reaction patterns were linked to physical illness. In 1930, with the assistance of Nora Weeks, Dr Edward Bach actively pursued his search for the corresponding healing plants and prepared nine plants. His work was ‘tried and tested’ by colleagues.

By 1931, Dr Bach discovered three more plant remedies. However, the medical association did not react positively to his findings and Dr Bach was threatened with removal from the medical registrar in 1932. Despite these threats, Dr Edward Bach continued his work, discovering more plant remedies and by 1936 he had completed his research and established the Bach flower remedies.

The Findings of Bach Flower Therapy

A series of lectures and travel were planned for Dr Bach to teach on the new Bach flower therapy and his findings; however, on November 26, 1936, Dr Edward Bach died in his sleep and it was left to his successors, Nora Weeks and Victor Bullen to continue his work. Today, Dr Bach’s work is preserved by the children of the custodians appointed by Nora Weeks and Victor Bullen at the Bach Center in Sotwell, England.

Dr Bach’s discovery of the first flower essences became known as the twelve healers; these flowers are:

Dr Bach discovered additional flower remedies which included the Four Helpers – Gorse, Oak, Heather and Rock Water; however, perhaps his most famous Bach flower remedy which is used worldwide today is the first-aid remedy, Rescue, a combination of the flower essences Impatiens, Star of Bethlehem, Cherry Plum, Rock Rose and Clematis. The Bach Rescue Remedy is extremely useful for the treatment of stress, shock and anxiety. 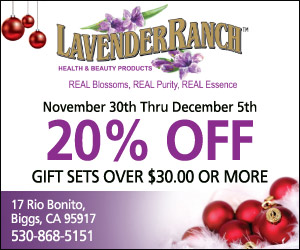